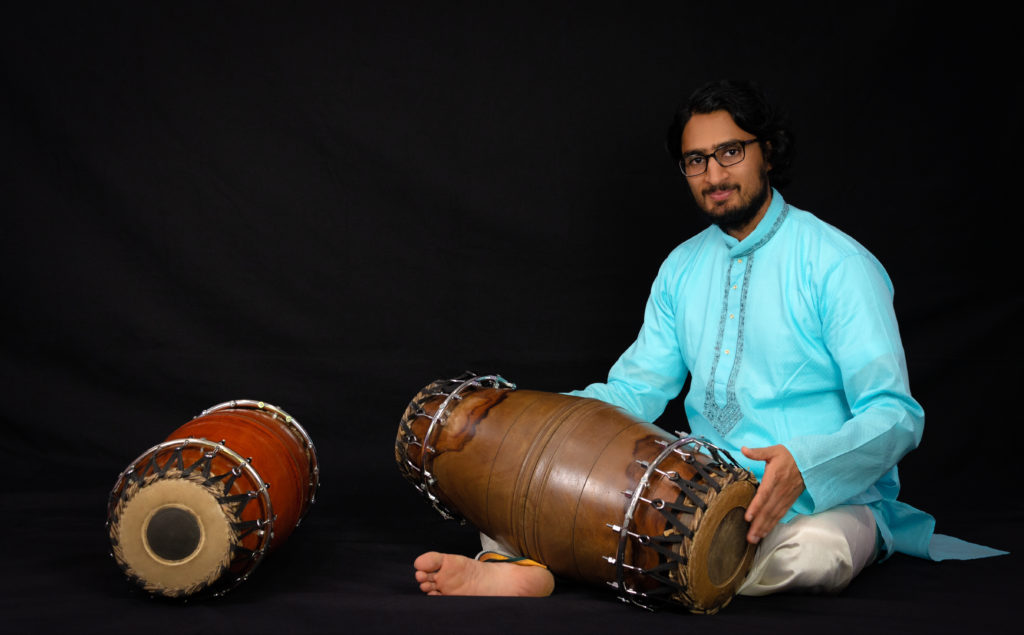 Acclaimed an “international mridangam performer” by USA Today and “pride of India” by India's leading newspaper, The Times of India, Rohan Krishnamurthy is considered a musical ambassador. Having received advanced training from maestro, Guruvayur Dorai, in India, Rohan’s cross-genre artistry draws from his formal study of Indian classical music, at once propagating the ancient tradition and expanding it in new artistic directions.

Rohan has shared the stage with the leading artists of Indian classical music and has also spearheaded collaborations with orchestras, jazz ensembles, and musicians including Grammy Award-winners Glen Velez and Vishwa Mohan Bhatt, Anoushka Shankar, and Ayano Ninomiya. He premiered “Rohan,” a concerto for south Indian percussion and Western percussion ensemble by composer Payton Macdonald. The concerto was premiered on both coasts at The Juilliard School in New York City and San Francisco Conservatory of Music.

An acclaimed educator, Rohan earned a Ph.D. in musicology from the Eastman School of Music in New York. He has presented and taught at renowned institutions, including the Eastman School of Music, Harvard University, and A.R. Rehman’s K.M. Conservatory of Music. He teaches in the Music Department at Ohlone College in San Francisco and directs the award-winning RohanRhythm Percussion Studio, which has attracted dozens of students from around the globe.

An innovator, Rohan patented a new drumhead tuning system. His work resulted in a publication in the premier music journal, Percussive Notes, and was supported by the Eastman School of Music’s Institute for Music Leadership. His design is now available worldwide.